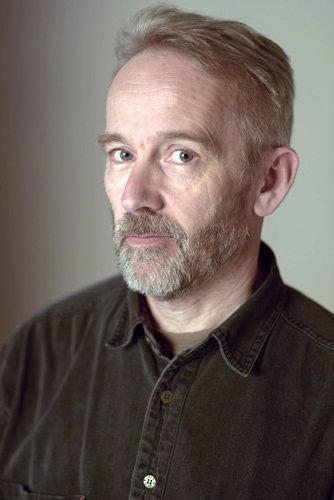 Jasper Fforde spent twenty years in the film business before debuting on the New York Time Bestseller list with ‘The Eyre Affair’ in 2001. His 16th novel, ‘The Great Troll War’, will be published in the UK in 2021.

Fforde’s writing is an eclectic mix of genres, which might be described as a joyful blend of Comedy-SF-thriller-Crime-Satire. He freely admits that he fascinated not just by books themselves, but by the way we read and what we read, and his reinvigoration of tired genres have won him many enthusiastic supporters across the world.

Amongst Fforde’s output are police procedurals featuring nursery rhyme characters; a series for Young Adults about Magic and Dragons set in a shabby world of failing magical powers,’Shades of Grey’ (2011) a post-apocalyptic dystopia where social hierarchy is based on the colours you can see, ‘Early Riser’ (2018), a thriller set in a world in which humans have always hibernated, and ‘The Constant Rabbit’ (2020), an allegory about racism and xenophobia in the UK.

Fforde was born in England but has recently decided to adopt the nationality of where he lives when he heard that: ‘When you truly love Wales, you are Welsh’.